Presented by Lebanon Opera House
In the Lebanon Tunnel

Rain location! The party has moved from Colburn Park to Lebanon’s newly-renovated tunnel.

Please Note: The forecast is calling for rain and wind so we have moved the party to Lebanon’s newly-renovated tunnel. The tunnel is located on the Northern Rail Trail directly under the Village Pizza/Peking Tokyo building on the pedestrian mall. Map

Join DJ Sean and the LIVEMIXKINGS crew for a silent disco in the Lebanon Tunnel. 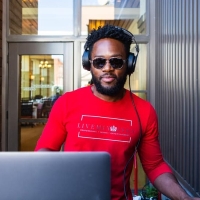 Not familiar with a silent disco? It’s an event where people dance to music broadcast to wireless headphones, effectively keeping the party going well past noise curfew.

DJ Sean and guests will beam their beats via a radio transmitter and you control the volume level and your preferred music feed. Those without the headphones hear no music, giving the effect of a group of people dancing to, well, nothing.

During the Nexus Festival in August, both silent discos were sold out! Space is limited so grab your friends and reserve your headphones today.